No, seriously. Basically, back in the early 80s, Fairnie had been reading a book entitled ‘Involuntary Responses of Lesser Mammals’ and decided to put the theory into practice during a songwriting stay in Cornwall. The two Technos were having lunch in the Cornish sunshine (summer of 1983, fact-fans) when who should walk in but an unsuspecting farm chicken. The rest, as they say, is history. The chicken was mesmerised and became “the least active living being in Cornwall for a good two hours” (according to Willie Williams).

“The thing is”, said Fairnie at the time, “you have to dominate the chicken and be right above it staring into its eyes. Then it will either go under or it will attack you, so you have to be a bit careful. I’m thrilled with my new powers and I’d like to try it out on flamingoes next. I’ve also heard that if you draw a straight line which goes wavy at the end, and then put a chicken ‘under’ and make it walk along this line, it goes a bit crazy when it gets to the wavy part. I’d like to try this when I get more experienced.”

With the single ‘Foreign Land’ about to hit the shops, the story appeared to be the perfect ploy to get some media coverage. Hype? That’s the name of the game… An attempt to set a new record was pieced together in the Ad Lib office, Fairnie rising to the challenge of hypnotising four hens. A spokeswoman for the Guinness Book of Records confirmed that there was no record of such a feat having been attempted before. An Evening Standard journalist was there to report on the happenings:

“Fairnie grabbed the first hen gently by its throat, laid it carefully on its back, then, while gazing straight into its somewhat stunned beady eyes, stroked it under the chin. It lay there inert, legs in the air. The chastened chicken barely moved as the others were dealt with. But were they really hypnotised? Difficult to say really: as it hasn’t been done before, you can’t tell if they were faking.”

When questioned by the paper, Fairnie informed them that “they usually stay like this for about four hours, but as they’re getting a bit distracted by all the noise in here, they’re only staying under for a few minutes.”

All good, clean fun (in the case of the record-setting attempt, the birds’ handler was on hand to make sure that the animals were perfectly happy throughout), albeit with darker undertones. Perfecting the art of chicken hypnotism was in line with Fairnie’s interest in the power of speakers and audience manipulation, as dealt with in the classic Writz track ‘Muscle Culture’. On a much lighter note, the brush with poultry led to a substantial collection of ornate decorative chickens being built up over the following few years. The collection still has pride of place in Bev’s kitchen!… 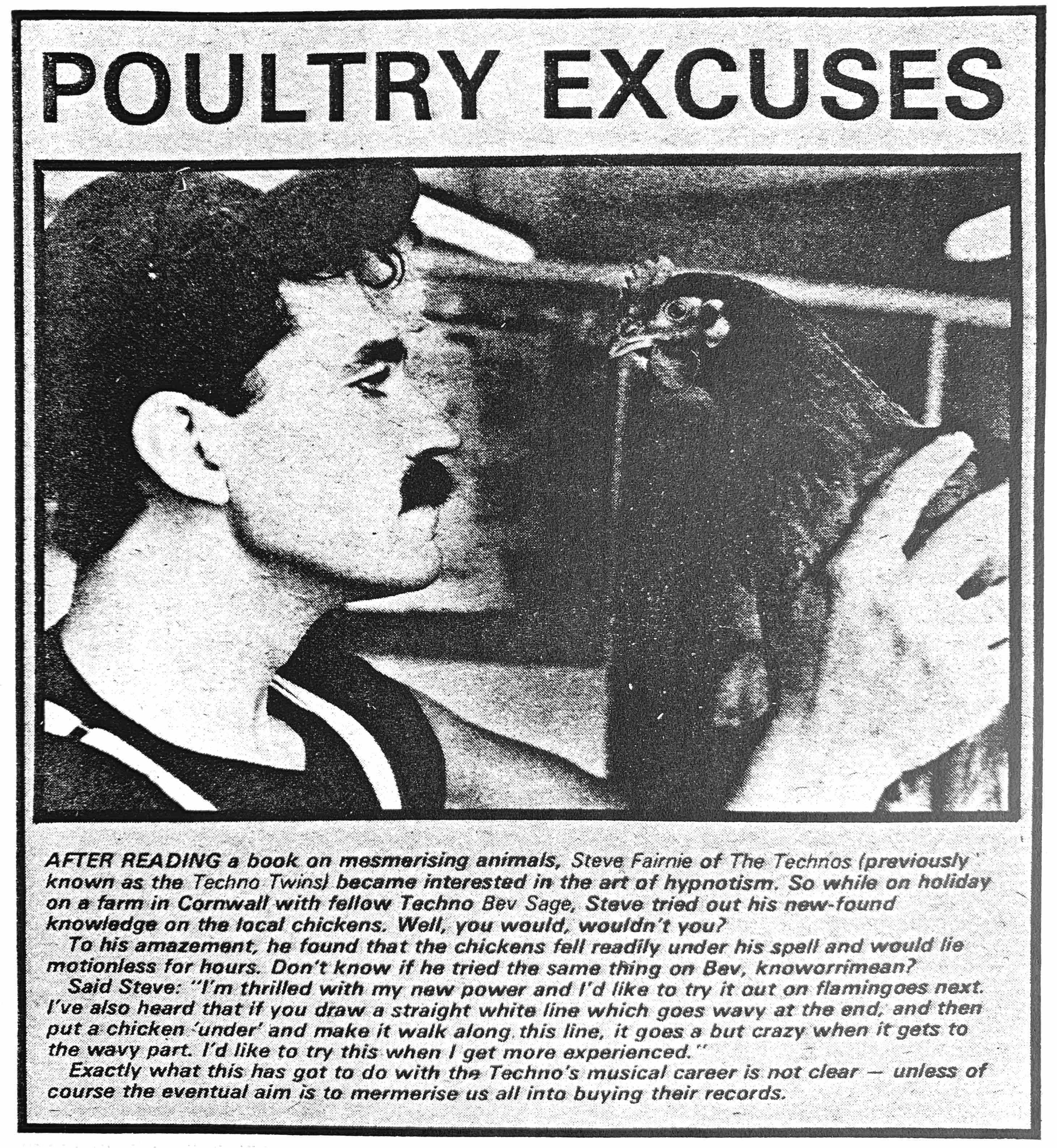 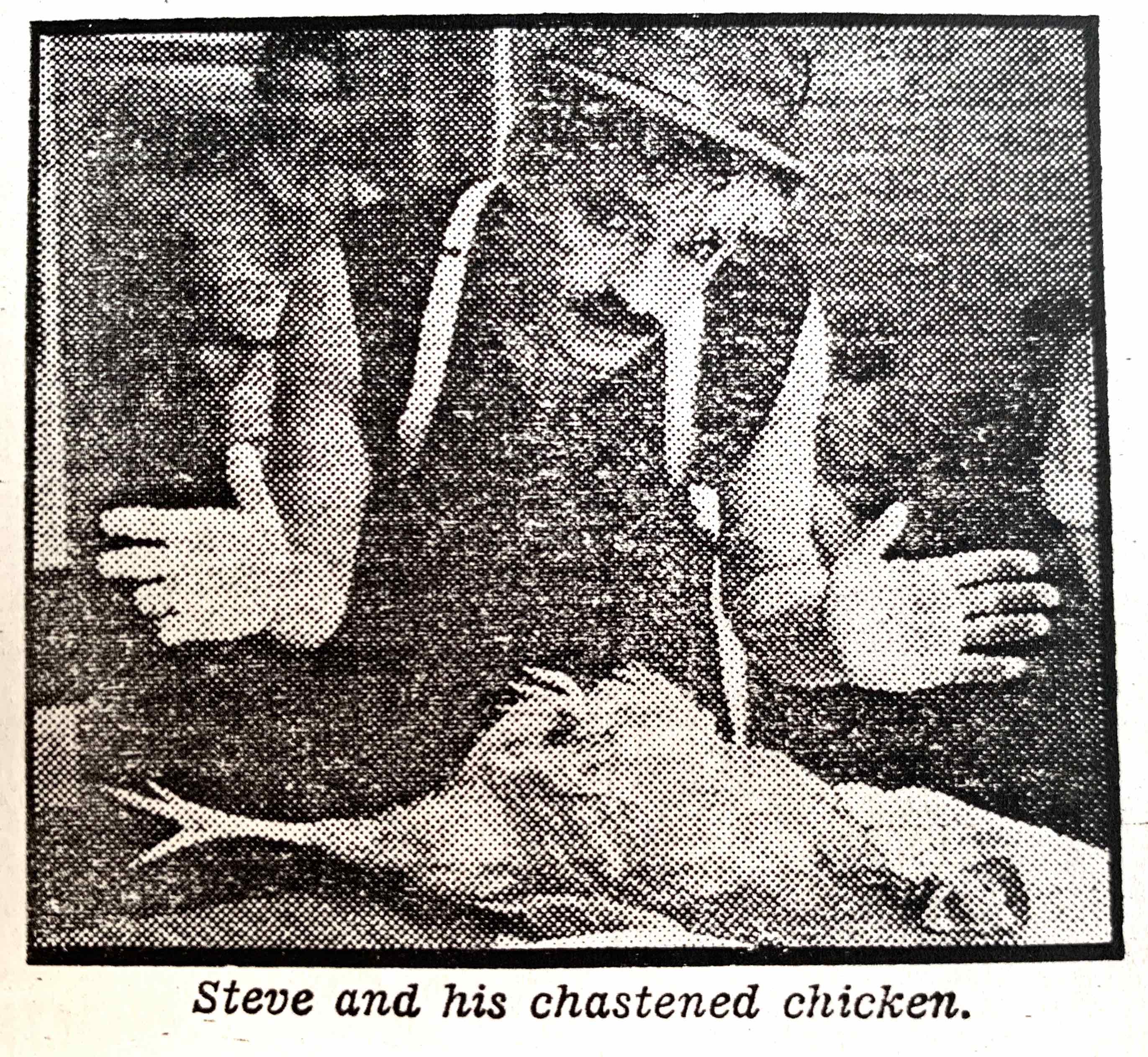