In 1986 Fairnie starred in his very own TV series. The Kid had successful runs on children's TV during the prestigious Saturday morning slot. The show was written and devised by Steve Fairnie with David Rose and Mike Slee, and produced by Kathy Rose.

The programmes gave Fairnie the chance to shine in a new environment, drawing on his love of mime, slapstick, magic and visual humour. The Kid himself could be categorised somewhere between Jacques Tati and Charles Chaplin, while the supporting cast were a timeless combination of goodies and baddies. The setting was an eerily unreal row of colourful terraced houses while a peculiar fluorescent pink three-wheeled car was used to get around.

The main aim of the series was to achieve a comic-strip feel, with the viewer, or - if you will - reader, being whisked from frame to frame as the stories unfolded. A real-life cartoon, no less. This is how The Kid was described in the press package:
"THE KID is an exciting new series of 5minute programmes for children - and adults. Each off-beat episode features three characters, in various disguises, who share in THE KID's crazy live-action 'cartoon style' adventures. Shot in a colourful and contemporary silent-movie style, with all the latest video effects, the shows have a lively modern soundtrack to complement the visual humour, bringing the pace and excitement of a modern pop video to the topsy-turvy world of THE KID.

The unique animated comic book feel, where the frames slide across screen, the bright and colourful images and the fast moving zany stories make these dynamic shows the silent movies of the eighties - great fun for KIDS... of all ages!"

// The Kid is also now available on DVD. For further information, send an e-mail to david@theroses.co.uk 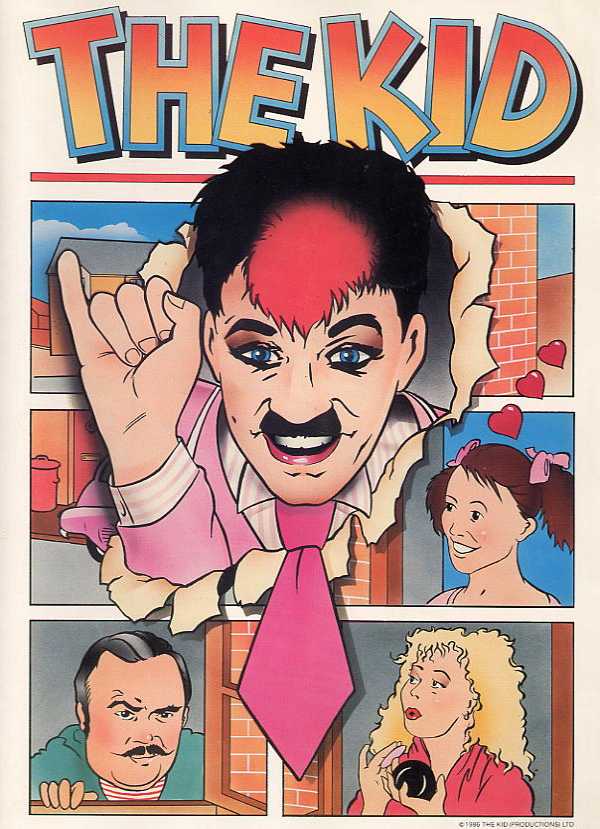 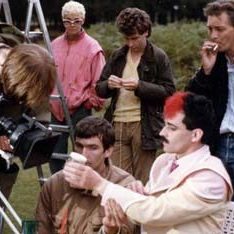