Jake is a neuroscientist, brain artist, video content creator and photographer. He also happens to be a bona fide Fairnie, born to parents Bev and Steve in 1986, and a brother to Famie, two years his senior. Here Tim Pike interviews Jake about his early childhood memories of Fairnie Senior.

What memories of your dad stand out from your childhood?

One of my earliest memories of dad goes back to my time as a three year old in Bristol.

Mum had barely slept a wink since Famie and I arrived on Planet Earth so dad decided to treat her to a week in Greece with soul mate and Writz road manager, Lindy Farrow-Hawkins.

It was dad’s first time home alone with us and he had a budget for the week. Mum had only been gone an hour when we jumped in the 1975 Volvo Wagon and headed for ‘Toys'R'Us’.

We rented a sky-high stack of blockbuster movies, each filled a bursting bag with penny-sweet pick-a-mix, and stayed up later than even the most audacious nocturnal creatures.

We shopped 'til we dropped and... ended up blowing the whole budget on the first night!

The alarm clock for school the next morning was Famie’s stomach - she'd overdosed on liquorice and protested with projectile vomit until mum’s return later in the week.

Another vivid memory is of the four of us sitting around the dinner table in Royal York Crescent. Fames and I were five and three, and feeling particularly naughty. We found it massively entertaining to plaster our faces, decorate our clothes and throw food all over the table - much to mum and dad’s horror. At least, that’s what we thought when they stood up and left the room in silent synchronicity.

They returned a minute later head-to-toe in bin liners; grabbed handfuls of food and hurled them around the room. Fames and I watched, rigid. Jaws dropped in shock. As gravy dripped from the walls, we saw the twinkle in dad’s eye, then all burst into laughter.

The food fight was (apparently) a lesson in the art of table manners and aimed at dispelling any future desire to mess with civilised eating etiquette. To be fair it has (so far) pretty much paid off. With the exception of a recent prawn incident in Portugal... 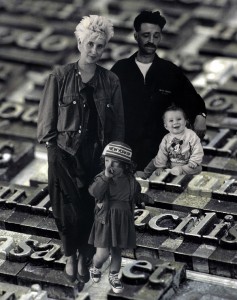 The following year I was cast as a woodlouse in the local primary school Nativity play. After a moment’s slight confusion and bemused hesitation, when I explained my part, the whole family helped construct the most intricate corrugated cardboard crustacean costume.

As I pronounced my line on stage, "I am a woodlouse and I live under rocks!", the Fairnie-Sage clan, including dad, erupted into rapturous applause. Looking back I suppose that was the moment my love affair with performing began.

I also remember a brilliant April Fools’ day prank in the early nineties. Our basement had a mysteriously magical quality about it and mum and dad decided to decorate it with Egyptian-style early wall paintings. Talented painters and great family friends Lindy and Charlie Farrow-Hawkins came to stay and created the most amazing ‘ancient hieroglyphics’ on the Royal York Crescent cellar walls.

Local news teams at HTV and BBC Bristol were invited to report the ‘Ancient Egyptian’ find - only later to check their diaries sprawled open on April 1st.

The very same day, I was convinced that our pink family hamster, ‘Fluff,’ was playing an April Fools’ prank on us. Lying on her back, feet curled in the air, I was sure she was playing dead. Sadly this was no joke: she had blown her final breath. R.I.P., Fluff.

Other memories of dad include his surprise 40th birthday party at the Hope Centre, Bristol – a night of music and popcorn with more than 250 friends. It was compered by the brilliant Willie Williams (lighting designer for Writz and the Technos), dressed in angel wings.

I also remember the delight on dad’s face at my proposal to fake illness and take a day off school to pursue a creative idea; the wrestling matches; toy car games; Charlie Chaplin photo shoots; film-making days; psychology games; magic shows, whistling in church and beating rhythms on African drums brought back from Nairobi by my Grandad Fairnie.

I remember the doorbell ringing in the evenings when dad came home from work. Decked out in my trendy denim dungarees, with my hair spiked up, I would run to fetch a bowl of water and a comb, sit and brush his hair while we talked about things that had happened in our day.

When did you start to realise that your mum and dad were slightly out of the ordinary? 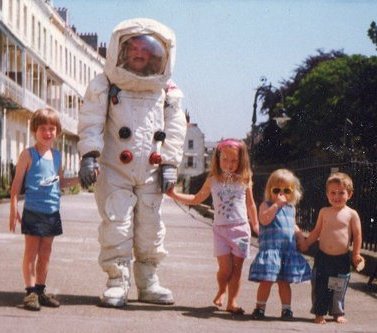 I suppose it could have been the mountain of props and magic tracks lining our corridors or the photos on the wall of them wrapped in bandages on stage.

It could have been the radical daily development in mad multicolour hairstyles, big bows and bowler hats, or the primary school teachers asking for a signature on a CD sleeve. But all that stuff was just normal to Fames and I - we didn’t know any different.

In truth, I suppose the love, care and generosity from family and friends that has constantly showered us - from rock stars to reverends, rastas to rising artists and radio DJs – this, to me, is the best testament of what my parents achieved and what they still mean to others.

What's the most surprising thing you've learned about them either from acquaintances or rummaging the web?

Where do I even begin with that one?!

I recently came across an onslaught of bizarrely eccentric, fantastically quirky and wonderfully chaotic anecdotes while working on the fairnie.co.uk website.

I loved finding out about the 1980 Reading main stage performance; the bandage bed scene; the pet tortoise ‘Sunshine’ (I’m currently making a film that documents my hunt for the tortoise, who is apparently still alive!... Working title: ‘Searching for Sunshine’); ‘The Kid’ TV series; the board game ‘Hype’; hypnotising chickens; and Dad’s PhD psychology proposal to study the creative brain (...just a few weeks after I kicked off my own psychology PhD!).

In 2007, as a 21st birthday present, Mum asked some of dad’s closest friends to write to me with a ‘Fairnie’ memory.

Stories of outrage including a razorblade-swallowing act; night games on a canal in Amsterdam; on a boat under the Tel Aviv moon; women’s wrestling; warm pub pints; and dad dressed as Charlie Chaplin carrying the first ever Apple Mac into the UK accompanied by a Scottish bagpiper.

All these stories gave me an amazing insight into Fairnie the man, my dad, or ‘the Bishop’ as Simon Mayo affectionately called him.

However, perhaps the most surprising discovery came about on a weekend with dad’s lifelong friend, the legendary Steve Rowles.

Along with a barrage of fantastic stories, Rowlesy and his lovely wife Gill reminded me that ‘Fairnie’ was just a normal, kind human being and did ordinary things just like the rest of us.

It came as a bit of a surprise as, until that moment, most friends had shared weird, wild and whacky stories. It was refreshing to make him life-size and real just for a second.

Have you been tempted to go down any of Fairnie’s more bizarre paths? For instance, have you developed an interest in chicken hypnotism, board game design or wrapping yourself in bandages on stage?

Dad’s bizarre paths were nothing short of brilliant.

There’s no doubt he planted the seeds of my fascination in music, magic and mind. However, I do have my own paths of peculiarity. Perhaps bizarre paths are in the blood?

I couldn’t possibly swing open the door to my stream of surprises. I can, however, reveal that I always have a bulging box of tricks placed up sleeves, in top pockets and clinging to the inside of trouser legs – all connected to the power source: charged, wired and very ready to explode.

I also have plans to enter the poultry hypnosis industry.

Even though a lot of water had passed under a lot of bridges by the time you became familiar with Fairnie’s various musical projects (Fish Co., Writz, Technos, Casualtease) which album stands out as your favourite?

I love the different guises for different reasons. However, for me, the most dynamic, energetic, fun, experimental and exciting album would have to be the Writz album.

I particularly like ‘Movies,’ Superheroes,’ ‘Night Nurse,’ and ‘Muscle Culture’.

I also think ‘Goodnight Brothers’ (Fish Co) and ‘Foreign Land’ (Techno Twins) are fantastic tracks. I’m currently looking at working a number of these tracks into my band’s live set.

If he were still alive, what sort of man do you think he would have become? Do you think he’d have been an embarrassment in front of your wife? And do you think he'd have finally settled for a sensible grown-up haircut?

I still keep my childhood memories of him very much alive in my mind, so I guess my picture of him now would be based on the man that I knew.

In my mind’s eye, I imagine a quirky, eccentric man; a skunk-inspired hairstyle; draped head-to-toe in Charlie Chaplin attire.

Having clocked my interest in Dionne he would no doubt perform a mind-boggling magic trick, hypnotise her, wrap her in bandages, artistically paint the bandages, exhibit her for a week in the Royal College of Art before driving her to the Scottish fishing village of Fraserburgh (where he was born) - in a white transit van, obviously! - and then have a very low-key conversation with her in the back row of a church before driving them both home. 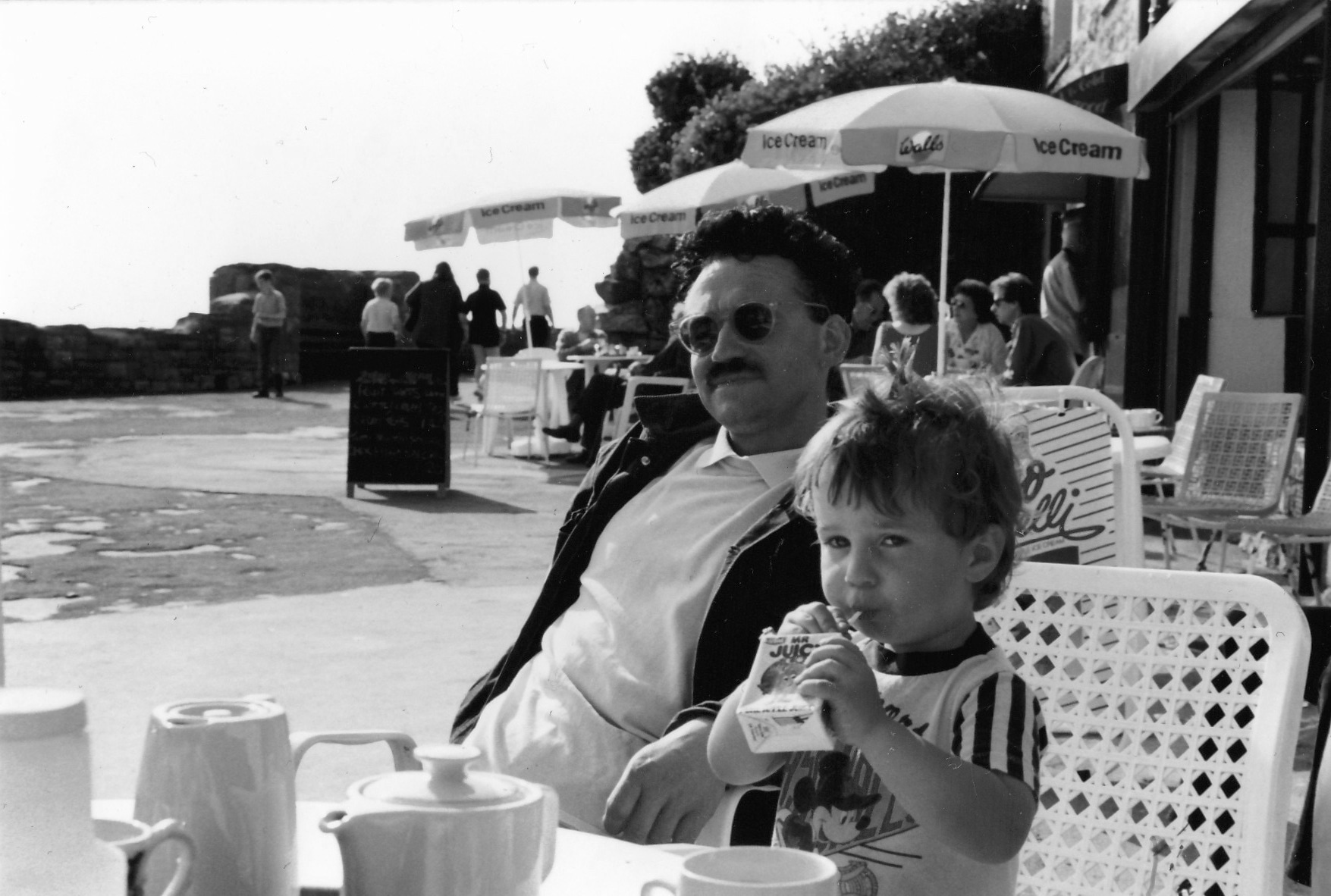 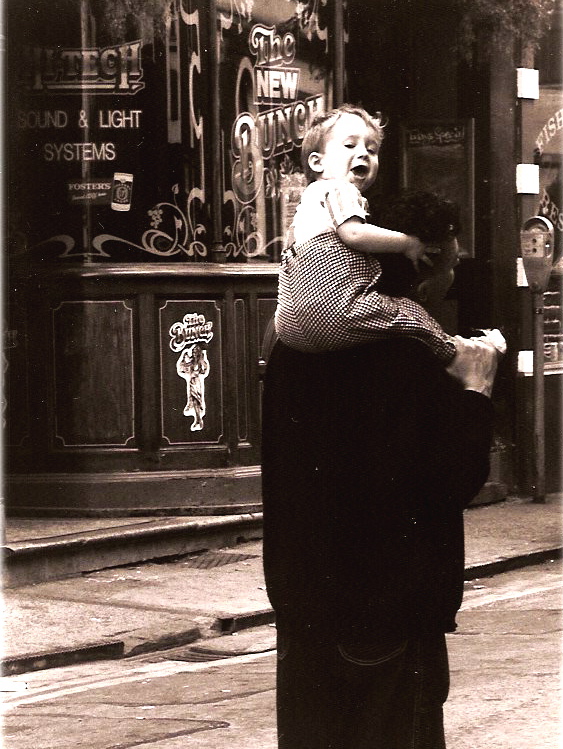 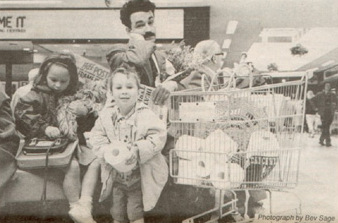 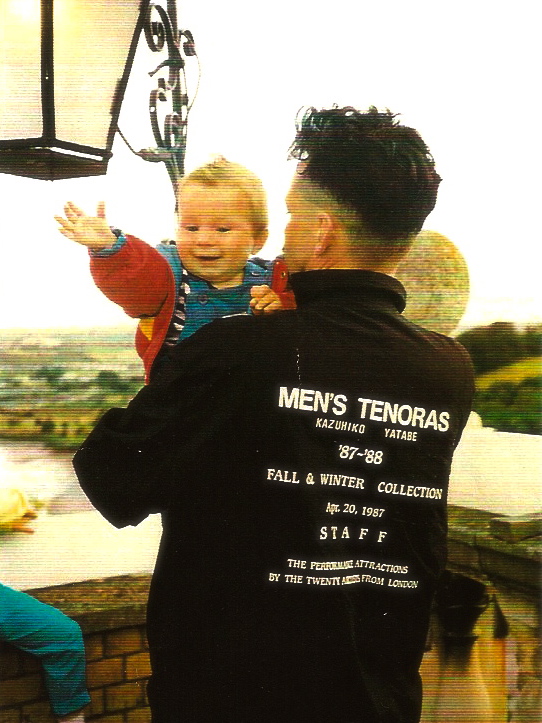 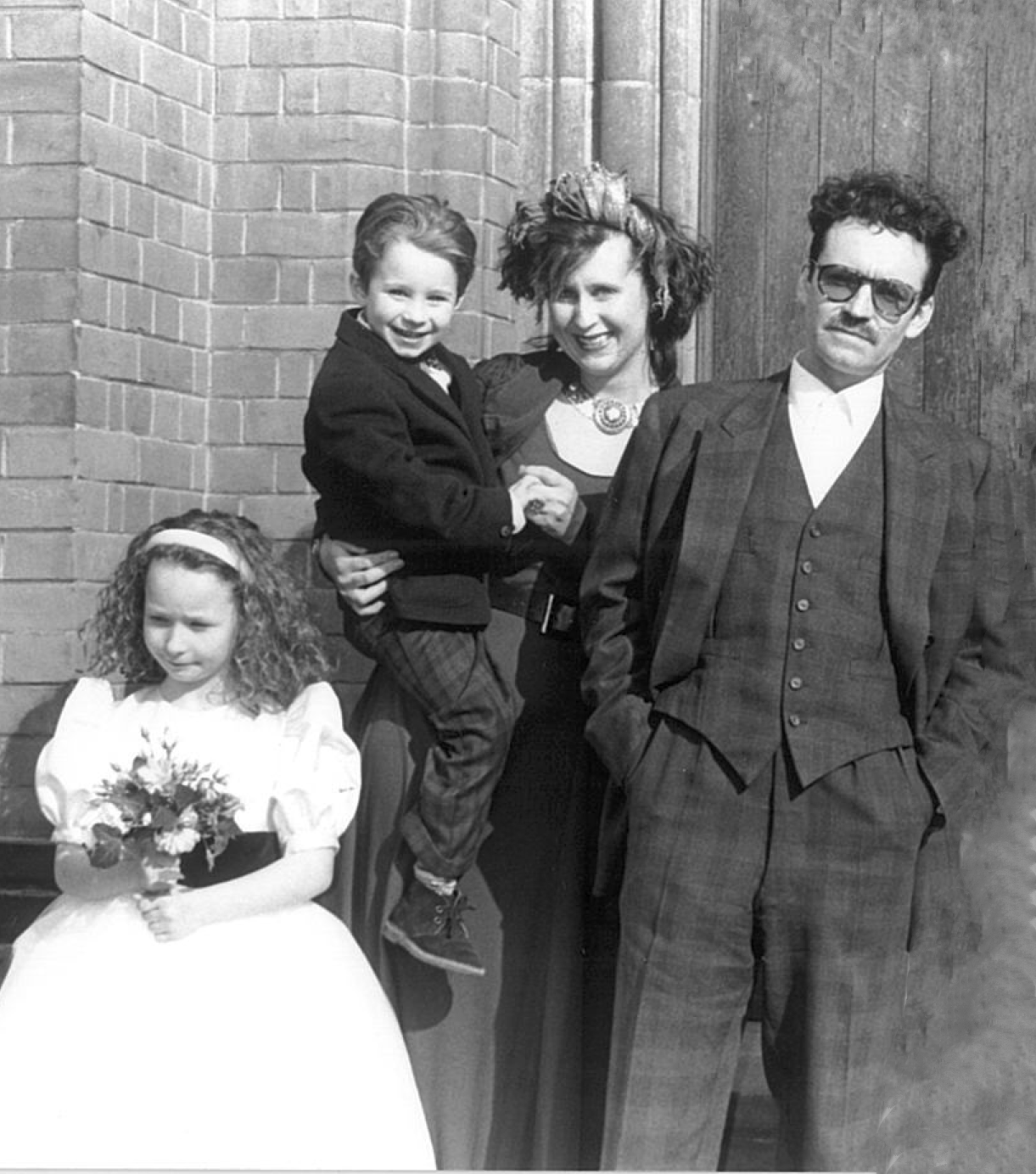