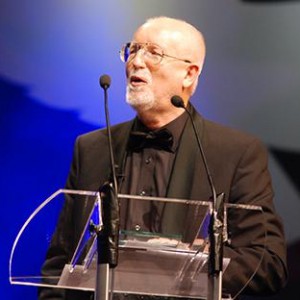 Leen La Rivière is a marvellous human being. He is author of 28 books about the arts, culture, faith and youth and was knighted in 1999 by the Queen of the Netherlands for his life long contributions to the world of arts and culture. He is also Chairman of Christian Artists, the European trade union for arts and culture, Chairman of the National Council of Music (of the Netherlands), Chairman of Continental Ministries Europe and is part of the leadership of a number of social, cultural and arts organisations.

How did you meet Steve and what impact did he have on your work with Christian Artists?

After several years of inviting him, Steve Fairnie finally showed up at our annual International Christian Artists Seminar in 1991. He was amazed by the diversity of what was happening and I think it would be fair to say he fell in love with our family La Rivière. Steve had a great mind besides all his creative gifts so I was most happy to get him into the inner circle of Christian Artists helping to sort out some theological, arts and philosophical situations, as we were at the end of 10 years Christian Artists Seminars and were gearing up for version 2.0.

Steve and Bev came back the following year and added more solid thoughts and fun to Christian Artists, preparing for a new vision on Christian Artists that was launched in 1994. Unfortunately Steve could never see the fulfilment of his contributions but his great mind and character lives on among us, as we preparing now for a Christian Artists version 3.0 where Steve’s thoughts remain integrated.

Did the chickens ever make an appearance with Steve at Christian Artists?

Lots of people from all around the world attend the annual Christian Artists Seminars; from all arts disciplines and every Christian background (or no Christian background at all). Sometimes we get Christian artists from the US, and on one particular year some of them turned out to be very outspoken right wing Jesus freaks. At the CA seminar in 1992 Steve did a performance piece on main stage that humourously confronted the religious extremists from the US. This was a time when those USA tele-evangelist had people falling on the floor, rolling around and such.

So time to share and laugh. The CA Team will never forget when the stage manager asked for ‘2 alive not fried chickens for the show’ that night. Amazingly, someone managed to get 2 chickens from a local farmer… and so the chickens were on standby that night.

After a solid rock band performance, Steve jumped on stage. He explained the current religious trends to the audience, such as hand waving that led to people falling down after being touched by the Spirit.

With his typical British humour, Steve explained that doing such at CA would be a too big leap of faith, but as all of creation is of God, he loved to start small with 2 beloved animals: the chickens.

Hilarity in the hall. The 2 chickens were brought on stage. More hilarity. Steve took the 2 chickens, turned them around on their back and put them on a table where they lay in a calm, quiet and peaceful state. Steve raised his hands and said ‘Amen’. The whole hall exploded in laughter and started screaming.

Some of the Americans could not understand the humour and exploded with anger. One American was so upset that he later published a book entitled ‘The Nearly Christian Discovered’.

Some explaining was needed in the days that followed, but it was the talk of the day. And still today we all remember it with great joy, as sometimes we need to confront our ‘Sacred cows’ with humour.