Rupert Loydell is Senior Lecturer in the School of Writing and Journalism at Falmouth University, the editor of Stride, and a contributing editor to International Times. He has many books of poetry in print, including Dear Mary, The Return of the Man Who Has Everything, Wildlife and Ballads of the Alone, all published by Shearsman. After years spent closely monitoring Fish Co, Writz et al's progress in the pop world, Rupert got to know Fairnie through working together on the Greenbelt Fine Art committee. A few dozen pints of Guinness down the line and they were travelling together to New York to lecture, exhibit and workshop at Cornerstone festival. Rupert was also key in pairing Fairnie's artwork with Robert Law's minimalist poetry. Find out more below when Tim Pike interviewed Rupert...

How did your paths first cross and how did they continue to cross in the ensuing years?...

I believe I first met him in Torquay... but I could be confusing my childhood memories! I am a distant cousin of both Bev and Judy [now] Piercy and we used to have family summer holidays down in Babbacombe. I'm pretty sure there were all sorts of teenagers at the Sunday night youth group that met at my aunt's house. I certainly remember vividly one night when someone had an epileptic fit - the first time I had seen such an event.

Apart from very occasional family gatherings or visits, I next met Bev & Steve at The Swan [?] in Hammersmith, when I took a friend to see Fish Co there. At that time, which I'm guessing is 1976/77, I spent a lot of time going to gigs, and saw Fish Co, then Writz, many times at places such as The Greyhound and The Music Machine. At the same time I used to hump gear for After the Fire, who they occasionally gigged with, so I'd sometimes see them further afield.

I remember being in Bristol at The Warehouse with ATF and Bev & Steve turning up after the gig with their brand new Fish Co LP, and waving the gatefold sleeve around in comparison to the Signs of Change single sleeve!

What are your musical memories of Fish Co and Writz on stage? What were the highlights of their sets? Were they a tight band?

I'm kind of torn on this. I don't think in any musical sense they were tight, no, but actually they thrived on spontaneity and bullshit. I will never forget the line-up of three guitarists playing together, one of them being Fairnie with a rubber guitar, or Bev climbing through a TV screen. They were about energy and visuals. But I mustn't do a disservice to the likes of Jules, who I know was a fantastic guitarist - I think the freeform stuff happened over a solid musical base.

You stashed a fine collection of cuttings away over the years, many of which have ended up on fairnie.net! Were you a bona fide fan?

Oh yes! I'm a saddo, though, with cuttings and photos tucked into hundreds of LP sleeves... (one of my main complaints about CDs!) I like reading about music as well as listening. In fact I'm just putting the finishing touches to a 'Creative Non-Fiction' unit at the university where I teach, which includes reviewing and press releases; and I already teach a 'Writing Lyrics' unit which looks at media and cultural theory in relation to creative writing and music. 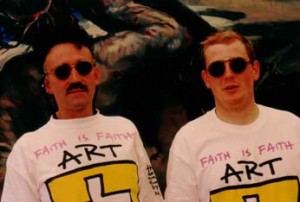 How did your Greenbelt paths collide? If you were both on the Fine Art Committee, what did you each bring to the Greenbelt cauldron?

Guinness! I think Steve was actually the person who suggested I was invited onto the Fine Art commitee. I'd attended Greenbelt since the third festival, selling books on the fringe, reading poetry, showing art and presenting some live stuff... suddenly I was able to be involved in what was presented. I think that - through very different personalities and social skills - Fairnie and I were both into simply being "professional" in the visual arts. Neither of us, or others on the committee, understood why Greenbelt had great bands on mainstage but an amateur painting exhibition. So I think we both wanted more for the visual arts...

I think Greenbelt at that stage was very forthright and encouraging about professionalism in the arts, and very able and willing to defend its corner on theological and artistic grounds. I have to say, I think its focus has changed since those days, partly as a defensive move, partly because culture has changed.

Sooooo... From distant family to fan to collaborator and travelling companion in four smooth moves. Was it a gradual process or were there pivotal moments that took your relationship to new heights?

Well, various evenings in the Portcullis [pub in Bristol]; our trip to Cornerstone Festival and Manhattan; and a certain afternoon at Greenbelt driving round the site and then villages desperately looking for a pub that was open (it didn't exist). Also a late night session at Greenbelt where Fairnie hypnotized a couple of humans instead of chickens - including my partner, Sue - and then casually said "not bad for a first attempt" on the way  back to the campsite. And I guess various gigs too: I can't say how important, especially in retrospect, some of those evenings were. It's difficult to realise, in 2007, how radical the likes of Fish Co/Writz or early After the Fire were in music and cultural terms... I really do think they laid the ground for the likes of U2, Jars of Clay, Pedro the Lion et al, to write songs of faith and doubt, belief and struggle.

Could you share some of what happened on that Cornerstone/New York trip?

Where do I begin? I had been a guest speaker at Cornerstone Festival the year before, and had managed to persuade Cornerstone and Greenbelt to co-fund Martyn Lucas, Fairnie and I to visit as lecturers, exhibitors and workshoppers. I remember sweeping Fairnie through Heathrow customs in a brand new pair of rubber shoes he didn't take off for three weeks, and him immediately charming the stewardesses on the flight - we got extra food, drinks and attention all the way.

Cornerstone was much more fundamental and "religious" than Greenbelt, and there was a certain tension there, but the energy was fantastic. By the end of the festival Steve could have signed a number of production or band contracts (mainly for imaginary projects invented on the spur of the moment) and had made many friends. As ever, his enthusiasm and encouragement swept many people into his orbit. I still laugh out loud as I remember Martyn and I sitting in a morning lecture realising that Steve was basically recycling our bar conversation from the night before when Fairnie had said he hadn't prepared his talk. But he did it so well:  our ramblings about the horizontal and vertical, inspiration and sweat, suddenly made perfect sense. Steve was a great catalyst and encourager - although he underestimated his own art. The paintings he took to Cornerstone and exhibited were fantastic, mixing gestural abstraction and symbolism to superb effect.

As for New York City? Well, what a few days. A whirl of art and music, feeding into the energy that Manhattan has always had. I particularly remember Fairnie walking past the queue at the Limelight club and being waved through as he looked so cool (Charlie Chaplin in black shorts and by now stinky rubber shoes), with Martyn and I repeating "I'm with him" to the bouncers. Inside we watched a weird set by an East European band who played 20 minutes of videos before and after their 20 minute set. "Brilliant!" said Steve, planning his next pop-tastic exploration.

And I remember dragging Martyn and Steve to the old Knitting Factory to see some avanty-garde jazz group, which really wasn't Fairnie's scene; but both him and I noticing 'sex missionaries on tour' carved into the toilet wall and adopting it as a slogan for our invented group Groove Taboo. 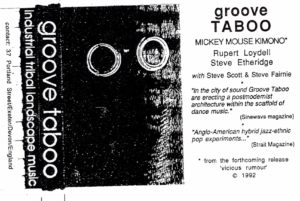 Finding Guinness in New York was fun, too! But possible. And I seem to remember frozen margaritas being popular too. A great holiday, which cemented our friendship. 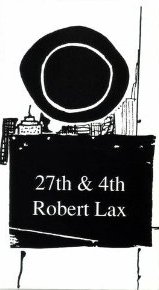 How did the Robert Lax venture come about, both from your viewpoint as publisher and in terms of getting Fairnie on board? What did Lax think of the end-product?

Basically, I simply asked Fairnie if he'd like to do the project... on the back of our New York trip. I can't really say what Robert Lax thought of it, because he was genuinely very quiet and open about other people's work in conjunction with his. He liked the book, liked the fact that it was out in the world. Like his friend Thomas Merton, Lax was someone who managed to combine being a hermit (in Lax's case living alone on the island of Patmos) with a huge network of friends and associates, and a kind of cult following. I'm actually very interested in that kind of take on the world: being apart from but also part of. Removed but actually able to see what's going on very clearly.

And the illustrations for '24th and 7th' turned out to be the last pieces Fairnie would produce... I imagine the project took on a whole new meaning for you.

Yes, of course - as you can tell from the little note I put in the book. Like everyone else there was that awful phone call only a few days after Steve's birthday party. Perhaps worse as we knew the sailing centre he was staying at.

Robert Lax projects were always special, anyway; this one had added poignancy. I'm just so glad that I was able to ask Steve to do the project; and that it was finished.

Obviously Fairnie has inspired a lot of your writing post-1993. What lasting influence has he had on you as a person and as an artist?

I'm a very cynical person, and inclined to being maudlin and depressed; Fairnie was the opposite. He was a great encourager and energiser. I think I've managed to take that on board now, especially in my education work.

I always admired, and have been influenced by, Steve's ability to improvise and freewheel with ideas and contacts. I feel very akin to him being a catalyst, networker and ideas person, without actually managing to "cash in" on that. For instance, many of the writers I have published through Stride have gone on to win literary prizes, get important lecturing jobs, and be published by major companies. That's great, but somehow marketing and publicity skills elude me - just as they eluded Steve. But energy and enthusiasm, a personal touch and an openness to things - I definitely think Steve was a major influence there on what I think and do these days. 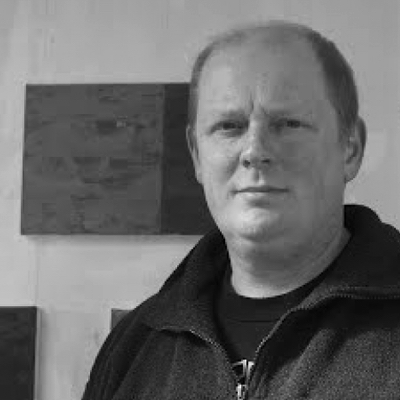 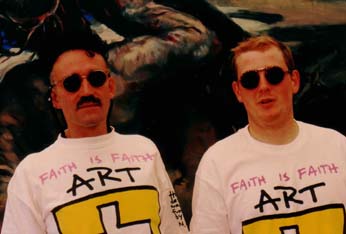 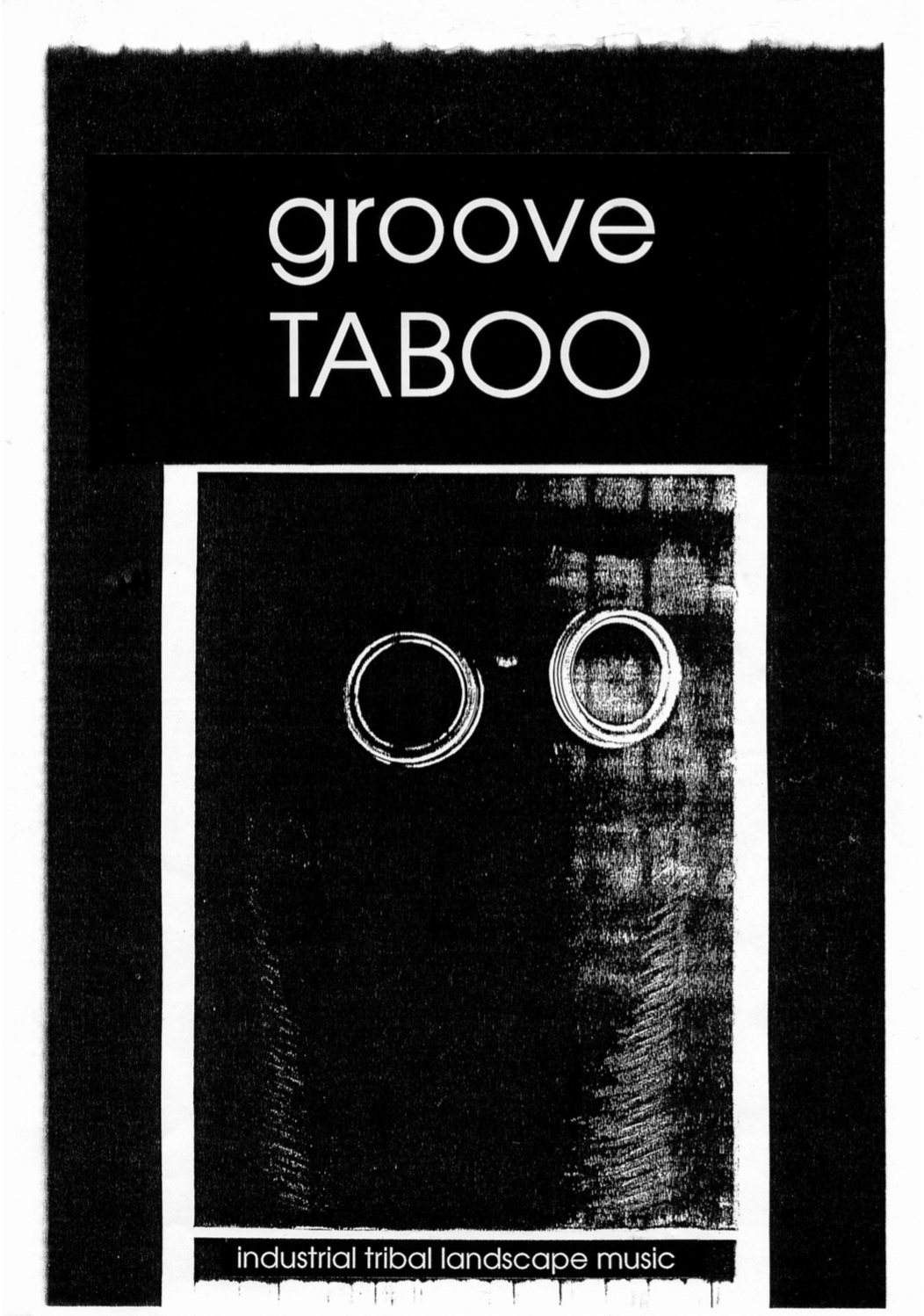 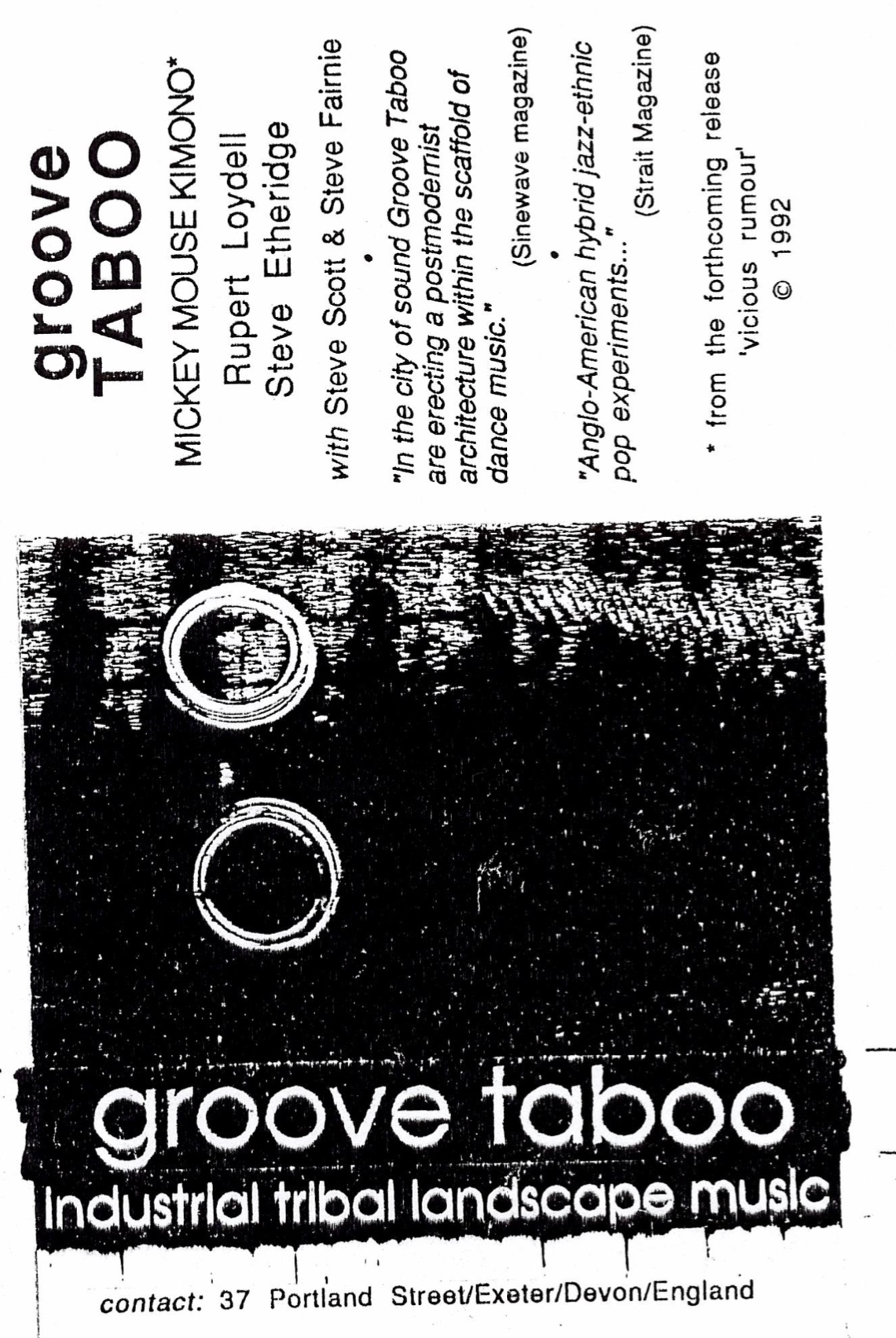