This piece by Steve Goddard was published by Ship of Fools in 2003. Reproduced here courtesy of the author.

Steve Fairnie was buried 10 years ago – on 2 March 1993 – at just 42 years of age. A perpetual streak of nervous energy, Fairnie (hardly anyone called him by his Christian name) fronted a succession of UK rock bands, doubled as Hitler and Chaplin, toured as "Cliff Richard's Love-Child" – and had a penchant for hypnotising chickens on stage.

Despite a blur of often bizarre projects in rock and the visual arts, Fairnie never achieved fame or fortune. Instead, his legacy is in the hundreds of people inspired, through him, to cut loose in the arts, regardless of theological upbringing. Recalling a series of encounters, Steve Goddard, who interviewed Fairnie for Ship of Fools in 1979, pays personal tribute to a man whose influence still resonates along the decks of the ship.

I'm hanging round in the gathering gloom of a tired marquee, one of several that amble uphill from the main stage area at Greenbelt 77. Fried vegiburger, the holy incense of every Greenbelt, and the fuzzy thump, thump, thump of an ill-disciplined bass guitar, threaten my sanity.

I yawn. No one is around. I find an upright piano in the corner of the marquee. I play a couple of Elton John songs – "Goodbye Yellow Brick Road" and "I've Seen That Movie Too" – successfully drowning out what is drifting up the hill.

In the distance the MC announces a change of bands. I yawn. "Give a big Greenbelt welcome to... Fish Co."

The Fisherfolk? I yawn again. I carry on playing. Three Fish Co songs in and I'm not playing, I'm listening. Here's an energy I haven't witnessed at a Greenbelt caught uneasily between post-hippy and punk. Now I'm busking along – discovering some interesting chord progressions.

I glance down the hill. The black-suited singer with the cultivated five o'clock shadow is playing off a cherubic-faced, wild-haired chick in checked pants. They're called Fairnie and Bev, apparently. And the flare-trousered blond is another Steve – Rowles. They're enjoying themselves up there. And, with no one knowing it, I'm enjoying myself joining in.

It's exactly 12 months later and I'm picking up Fairnie and Bev from a local hairdresser in my bottle green Morris Minor Traveller. Fish Co are due on mainstage in two hours' time and Fairnie has just had two strips of hair dyed an outrageous (this is 1978, people) ocean blue.

"Yes please..." Fairnie looks in the courtesy mirror and gurgles, impishly. He is hell-bent on winding up the straighter end of Greenbelt. He twitches with nervous anticipation and pulls on his nebuliser. Bev crams into the front seat with her husband.There's no room in the back. It's loaded with my own sound equipment. Bev tugs playfully at those scandalous blue follicles. She giggles. Slowly, we chug five miles back to Greenbelt. Exactly one year on from secretly joining in with Fish Co in a distant marquee, I'm playing keyboards in the band.

Ten minutes before we go on Fairnie lathers my eyebrows and eyelashes with thick, black make-up (at Greenbelt! At Greenbelt 78! Pre-New Romantics, pre-Boy George Greenbelt 78!). Now he gives me a pair of blue shades with one lens missing and tells me to sit at the piano looking mean. I walk up the stairs to mainstage with lead guitarist Jules Hardwick (face whiter than Michael Jackson). We pass folk troubadour Garth Hewitt. "Hi Garth..." He doesn't recognise me.

"We're the Super Heroes, yes we are,
And the fame of our superheroship spreads far..."

Fairnie, Rowles, the whole band give it all they've got (plus plenty of what they don't have, too).

"Yes please..." gestures Fairnie to the band. "This is our Greenbelt." He leans out towards the audience – blue hair shimmering in the spotlight.

I ring Fairnie at his London flat. "It could only be you or EMI," he says. I hear him pacing the floor. He's hanging out for a record deal. He's wishing it hadn't been me. "Come over with Simon and we'll do the interview for Ship of." A big fan of Ship of Fools, on its first voyage as a print magazine, Fairnie insists on never giving it the full title. Why? Who cares?

We've called him because Fish Co – the evangelistic band – is dead. Long live Writz – a commercial rock'n'roll band. Same people. Different name. Different aim. They want to make it in the music business – without the God tag. As a result, many people in the UK Christian music scene are slagging them off.

But, but, but – we throw him "Concerned of St Andrew's, Chadwick Heath" questions. What does a person come away with from a Writz gig? What personal value would he or she gain during the evening?

Fairnie bats the questions away, belligerently. "We want to produce good art. It's like, for instance, a rabbit-breeder – all he's got to do is produce a good rabbit. Or a pigeon-fancier has got to fancy a good pigeon. It's very unfair – just because we're artists rather than rabbit-breeders. I mean, when was the last time you sat down with a Christian rabbit-breeder and spent a lot of time challenging him about the finesse of his buck?"

I'm stuck in rush-hour traffic, watching golfers strolling leisurely from 14th green to 15th tee, wishing I was with them, instead of this fume-filled... wait a minute. That's Bev. She's belting out the Marlene Dietrich classic, "Falling In Love Again". I punch the steering wheel. The radio stations are playing them – at last. They've transmogrified into the Techno Twins (via Famous Names, Casual Tease and who knows what else) – but today they're number one on Capital's Top 10.

Many years have passed. Fairnie MA is lecturing in visual arts these days but still up to the usual bizarre sideshows – hynotising chickens on stage (and the odd dog that gets too close), touring as "Cliff Richard's Love-Child", standing in 10 feet of water, weighed down with lead, posing as Charlie Chaplin's double. Run-of-the-mill, wage-earning fare.

Living up on Merseyside I haven't seen Fairnie, Bev or Rowles for several years. Former Fish Co/Writz lighting engineer Pete Williams, now big news with U2, tracks me down.

"We're re-forming the band as a total surprise for Fairnie's 40th birthday in Bristol. You've got to be there." Of course I've got to be there. But on the day I'm laid low with flu. I lay on my bed wishing for a miracle cure that doesn't come.

As one commentator writes: "Fairnie is lured out for what he thinks is a Chinese meal to celebrate his 40th birthday, and ends up on stage for a half-hour set. The lyrics are fumbled, the moves aren't quite as smooth as in the old days, but what the heck. For one evening it feels like 1980 all over again."

I'm standing at a trade fair in Bournemouth, doing a "Big Issue" and inviting passers-by to take away the first copy of a new magazine I've researched, written and designed. The mag's turned out well. This should be a good day. It's a bad day. In fact, it's a bloody awful day. Two hundred miles away, 1,000 people have turned out to Fairnie's funeral – and I'm not there. I am still in a state of shock and sadness at last week's news. Fairnie. Gone. Victim of a fatal asthma attack.

I feel obliged to be here in Bournemouth, pestering passers-by, wondering why I am being so responsible. I should be at the funeral in Bristol – to say goodbye to a friend and mentor. But I'm not. And I know I will regret being so responsible for a very long time to come.

It's exactly 10 years later. BBC Online call us about The Ark – our Bible-meets-Big-Brother game show. We have to describe shipoffools.com in five words. "Playful, theological, interactive, innovative – and a tad bizarre."

BBC Radio 5 Live interview me about about Rowan Bear – our furry tribute to His Hairiness the new Archbishop of Canterbury, Rowan Williams. "What other stuff have you got planned?" asks presenter Peter Allen. "How about a Fire Bible?" I suggest. "It bursts into flames in the middle of the Second Reading." There is a moment's, palpable disbelief.

It is an entire decade since the Scottish preacher's kid was laid to rest. And, God knows, we still miss him. We still expect him to turn up in Fonz leather, with abused hair, clutching a foam rubber guitar in one hand and that nebuliser in the other, asking how our "personal projects" are going, threatening us, teasing us, pushing the boundaries, making us go that extra creative mile.

Up and down the decks of shipoffools.com we salute you, Steve. Much of mainstream Christianity hardly knows you existed. There have been far more famous names than you – but few have left such a legacy of perceptiveness and playfulness, unrest and mischief.

Please do not rest in peace – you're worth far more than a dull eternity. 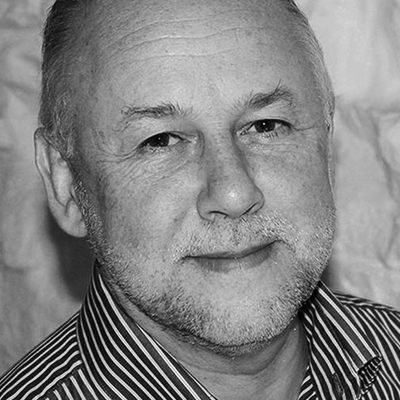